Let’s be honest here: I’ve never been one of those people who are like, “Ohhh, don’t make a big deal for my birthday. It’s just another day.”

Um, no. I’m more like one of those people who’s like, “Did you hear? What today is? MY BIRTHDAY. Uh huh uh huh yes HAPPY BIRTHDAY TO ME.” The bigger the celebration, the better. I’ve basically been asking for a surprise birthday party for all 25 years of my life. So…someone figure that out in the next 364 days. I’ll try to forget that I asked for it. 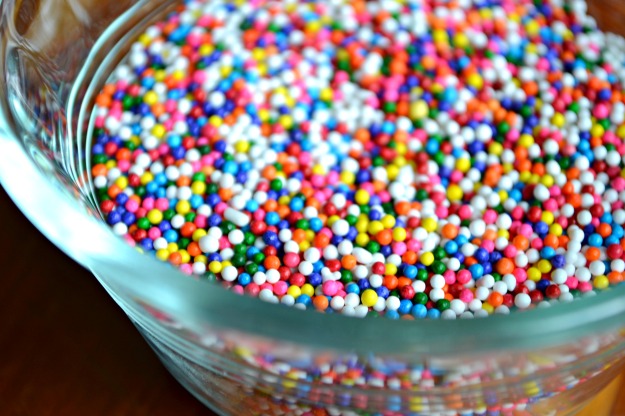 In light of this birthday obsession, it’s really only fitting that I make my own birthday cookies stuffed with M&Ms and rainbow sprinkles, right?

Additionally, in honor of turning 25 today, I’ve decided to share:

25 Things You Should Know About Me.

I hope you feel like you know me better. Fascinating life I’ve got goin’ on over here 😉

But let’s get back to these cookies! Made with browned butter and brown sugar and lots of vanilla, they’re not-too-sweet (just how I like ’em!) and chewy and crispy. Happy birthday to me, inDEED.

Want to know more about me?